WHAT IS HONOR YOUR FATHER?

The Honor Your Father campaign is a nationwide collaborative effort involving hundreds of organizations, community groups and churches designed to encourage people everywhere to follow the simple command found in the Holy Bible: "Honor Your Father ... " The goal is to encourage Christians, first and foremost, to honor (thank, encourage, acknowledge, esteem) their Dads or a father figure, regardless of whether or not he is around or involved in their lives.

When a child, young or old, reaches out to their Dads simply to say thank you or hello, that act alone can open doors for new conversations, reconnections or even reconciliation. That is our main hope and prayer through this campaign.

Helping Dads from the "Bottom Up"

Traditionally, churches, organizations, and social or government groups try to tackle the problem of fatherhood “top down” by teaching, encouraging, and often begging fathers to step up to become better dads. But what if we approached it from the “bottom up” by encouraging children, both young and old, to honor their fathers in some small way? One of the strongest motivators for men are their children. If anything can move a dad, even one who’s disengaged, it’s their child reaching out and honoring him with a word, video, or a letter of thanks.

Why Encourage Others to Honor their Dads?

Honor Your Father is a recurring command in the Bible (Exodus 20:12, Deuteronomy 5:16). It was not given just to children, but to all as part of the Ten Commandments. It’s the first command in the Holy Scriptures that provides a promise: “… so that it may go well with you and that you may enjoy long life on the earth." (Ephesians 6:1-4)

Fathers that want to be honored should consider doing two things: live a life worth honoring and honor their own fathers. You reap what you sow! We want to challenge all people to honor their Heavenly Father through this campaign by asking how they can honor their own earthly father.

We honor our fathers by valuing them, taking their counsel to heart, walking in wisdom, living honorable lives, and speaking well of them. We can further honor our fathers by thanking them, praising them publicly, pointing out their strengths and successes, serving their needs, and expressing thanksgiving to God for them. Even if Dads are absent, imperfect, or disconnected, following this overlooked commandment can lead to forgiveness and freedom from resentment and anger in their hearts. When children begin to experience healing from “Daddy wounds,” they are often freed and empowered to be successful in their own lives, marriages, churches and communities.

Imagine the national and global impact if every family, organization, and church were sharing the same message this Father’s Day: s for children, young and old, to Honor Your Father.

The Honor Your Father Campaign is a simple, scriptural, and relevant way to help dads and those they influence. Get involved today whether you are a church or an individual! 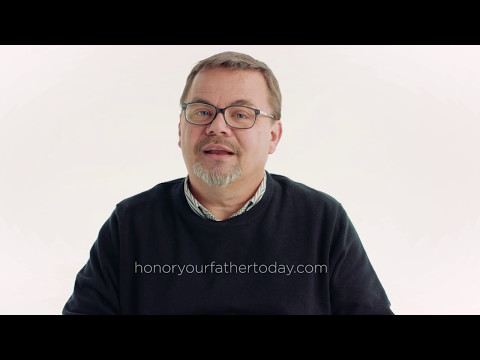 A MESSAGE TO PASTORS

Mitch Temple, Executive Director of the Fatherhood Comission, discusses how pastors can get involved with Honor Your Father! 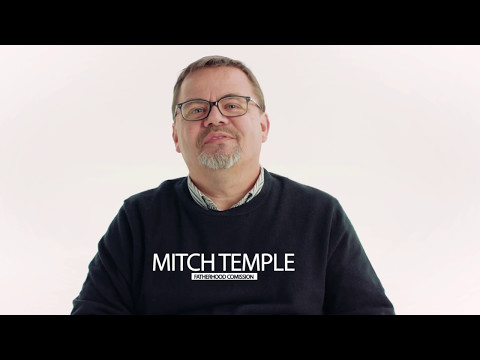 A MESSAGE TO THE CHURCH

Mitch Temple, Executive Director of the Fatherhood Comission, discusses how the church body can get involved with Honor Your Father!